In Memory of Robert A. Dobie 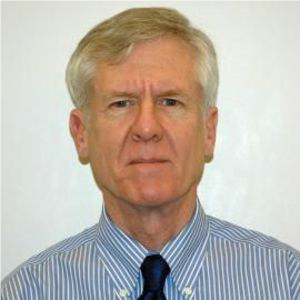 Robert A. Dobie, M.D., age 74, passed away on Wednesday, September 4, 2019, in San Antonio, Texas. Robert Dobie (Bob) previously served on the Council for Accreditation in Occupational Hearing Conservation (CAOHC) and made a tremendous impact in hearing conservation during his 10 years of service. He represented the American Academy of Otolaryngology-Head and Neck Surgery on the Council, serving on committees, and providing instruction at Course Director Workshops. He was a principal in the research and development of the course curriculum for the Professional Supervisors of the Audiometric Monitoring Program Workshop. He served as Secretary-Treasurer on the Executive Committee and was instrumental in the development of CAOHC’s very first instructional video, which was entitled Anatomy, Physiology and Diseases of the Inner Ear.

The following details about his life and career were provided by NHCA:

Bob grew up all over the United States (US) as the son of US Naval Officer, Rear Admiral E.W. Dobie, Jr., and his mother, Geraldine Frances Bonnington. He matriculated at Stanford University for his undergraduate and medical student education, medical internship and surgical residency. As an undergraduate, he was a National Merit and Phi Beta Kappa scholar, and he also served as the president of his medical school class. Consistent with his childhood experiences, his academic and clinical careers were similarly diverse, both institutionally and geographically. Bob completed research and clinical fellowships in auditory physiology and neurotology with Charles I. Berlin at the Kresge Hearing Research Laboratory of the South, at the Louisiana State University Medical Center, New Orleans, and Professor Ugo Fisch at University Hospital, Zurich, respectively. He joined the Department of Otolaryngology-Head and Neck Surgery at the University of Washington in 1975, rapidly rising to full professor. He was a founder and the initial Director of the Virginia Merrill Bloedel Hearing Research Center there from 1988-1990.

In 1990, Bob was appointed Professor and Chairman of the Department of Otolaryngology-Head and Neck Surgery (OHNS) at the University of Texas Health Science Center, San Antonio (UTHSCA), and he made this his academic base for the remainder of his career. He also served as the Director of Extramural Research at the National Institute on Deafness and Other Communication Disorders (NIDCD), part of the National Institutes of Health (NIH), from 1999-2002. During his tenure at NIDCD, he also held clinical positions at both the NIH Clinical Center in Bethesda, Maryland, and the Veterans Administration (VA) Medical Center in Washington, D.C. After completing his service to the NIDCD, Bob accepted an appointment as Clinical Professor of OHNS at the University of California, Davis. During those years at UC Davis, Bob and Chris split their time between Sacramento and Half Moon Bay, enjoying the beauty of living near the Pacific Ocean and the joy of being close to their grandchildren. In 2008, they moved back to San Antonio where Bob returned to UTHSCA.

In recent years, they established a second home back in Seattle, again to be close to grandchildren. Bob’s impact on research and the clinical practice of otolaryngology are difficult to overstate. In particular, his work and service on regulatory committees related to the effects of noise exposure and aging on hearing in the population led the field, and provided valuable insights directly to national and international agencies such as the National Institute of Occupational Safety and Health (NIOSH), the Occupational Safety and Health Administration (OSHA), the International Standards Organization (ISO) and the World Health Organization (WHO). His papers on hearing levels of American adults have redefined the roles of aging and noise exposure on age-related hearing loss, and related national and international standards have been revised to incorporate these findings. Similarly, his work on the global burden of hearing loss and the efficacy of hearing conservation programs and standards are destined to influence our efforts to conserve the hearing of individuals as they work, play and age. These contributions will have lasting effects around the world.

Among his many honors and awards, he particularly valued the Driftwood Award, which he received five times from the surgical residents at the University of Washington, recognizing his outstanding teaching and mentoring skills. Many additional honors and awards recognized Bob’s research as well as his many contributions to the academic community. He served as president of the Association for Research in Otolaryngology in 1992, and received both a Presidential Citation from the Triological Society and a Distinguished Service Award from the American Academy of Otolaryngology-Head & Neck Surgery. In 2017, he was awarded both a Lifetime Achievement Award by the National Hearing Conservation Association, and the Carhart Memorial Award by the American Auditory Society. Along with his service on the editorial boards of well-respected clinical and hearing-research journals, he authored over 200 scientific publications, including a seminal book on the medical-legal evaluation of hearing loss.

Bob will be remembered by his colleagues and friends for his unwavering integrity, well honed wit, incisive reasoning, outstanding and compassionate service as a physician and surgeon, and passionate teaching, as well as being a dedicated teammate. His family will cherish the memories of his tight hugs, thoughtful counsel, keen wit, expert joke telling, love of travel, support of education, and knowledge of all things. A mass was held on September 11, 2019 at St. Anthony of Padua in San Antonio, TX.

Opinions expressed in the UPDATE newsletter are those of the authors and do not necessarily reflect official CAOHC policy.